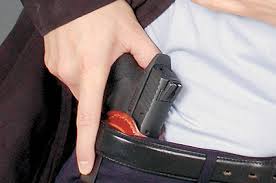 The Supreme Court’s infamous 2007 decision DC vs Heller recognized the Second Amendment established a right to bear arms in self-defense. But in the years since, the high court has hardly taken any gun rights cases further fleshing out this precedent—leaving loopholes states have exploited to restrict citizens’ right to self-defense.

In a seismic 6-3 decision, the Supreme Court just struck down a New York scheme that heavily restricted citizens’ right to carry a firearm in public for self-defense.

The New York policy in question was its “may issue” approach to concealed carry permit applications, which allow citizens to carry a concealed pistol on their person for self-defense. Many states have a permitting process—others have “constitutional carry”—but New York’s was particularly extreme. Not only did it require a basic background check and gun safety certification like many states do, it allowed government officials to deny the application unless the applicant could “demonstrate a special need for self-protection distinguishable from that of the general community.”

That’s right: It made a mockery of our rights and treated them as a privilege, only granting permits to celebrities or people who had explicitly been threatened. Living in a high-crime area or generally wanting to exercise your right to defend yourself wasn’t good enough. This was essentially a way the state worked around the Second Amendment to heavily limit our ability to bear arms.

Thankfully, Justice Clarence Thomas just took a flamethrower to this subjective, unjust system. The court’s decision in New York State Rifle & Pistol Association Inc. v. Bruen strikes down the New York scheme and affirms that “the Second and Fourteenth Amendments protect an individual’s right to carry a handgun for self-defense outside the home” without needing to accommodate the subjective whims of some bureaucrat.

“New York’s proper-cause requirement violates the Fourteenth Amendment in that it prevents law-abiding citizens with ordinary self-defense needs from exercising their right to keep and bear arms,” the majority opinion concludes.

This is a big win for liberty.

The right to life is an inherent human right, and the right to defend your own life from would-be violence is inherent to that right. This is exactly what the Second Amendment was meant to enshrine. It’s great that the Supreme Court is at long last standing up for our inherent right to self-defense—and standing against petty bureaucrats who would leave us at their mercy.

Our Framers understood that a free State cannot exist without an armed and trained populace (i.e., the Militia). Accordingly, they wrote a Constitution which prohibits the federal and State governments from infringing the natural right of the People to keep and bear arms.

Under our Constitution, the federal government has no authority to make any laws whatsoever over the Country at Large restricting the rights of the People to keep and bear arms. Gun control is not an enumerated power. Furthermore, the Second Amendment expressly forbids the federal government from infringing the right of the People (the Militia) to keep and bear arms.

The States are also prohibited from infringing the right of the People to keep and bear arms by Article I, Sec. 8, clauses 15 & 16, US Constitution. Those two clauses provide for the Militia of the Several States; and implicitly prohibit the States from making any laws which would interfere with the arming and training of the Militiamen in their States. 1

Unclaimed property consists of bank accounts, wages, utility deposits, insurance policy proceeds, stocks, bonds, and contents of safe deposit boxes that typically have been abandoned for one to five years. Funds become unclaimed because the company loses track of the consumer, due to an incorrect address or other missing information.

By law, these funds are escheated, or turned over, to the Department of State Treasurer for safekeeping. As new funds are added, the NC Cash database is updated, which means that your name could be listed right now.

You may be richer than you think! 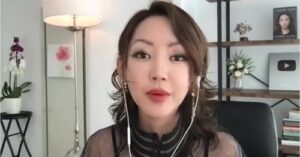 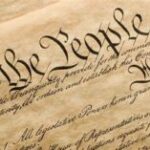 Understanding Citizenship by KrisAnne Hall – Our Founders established the criteria of Natural Born Citizen upon our President for a very important reason. Natural Born Citizen meant, to our framers, a child born of two parents who were citizens of the United States at the time of the birth of that child. If you are not sure of this, or perhaps disagree, please read this article based upon fact & history before you go on: https://goo.gl/sFkKUm

The whole reason the president must be a Natural Born Citizen is because our framers had a history full of foreign kings imposing foreign law and foreign favor upon the people and they knew how dangerous foreign influence was to Liberty. George Washington spent a great bit of effort trying to drive this understanding home in his Farewell Address of 1796: 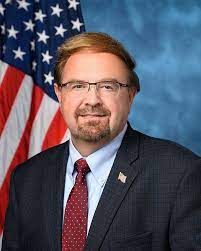 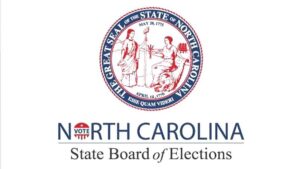